It’s really not a secret that, when it comes to running, Kenyans rule. One has only to do a simple Google search of high profile races to see that they just win EVERYTHING. Sometimes, I wonder what it would be like to run like them.

As I mentioned in my previous post, The Story of Marathon Matthau, when I ran my first race, I failed to meet my goal time by a mere 10 seconds. 10 seconds, people! But I can’t tell you how many times I replayed the last minutes of that race over and over in my head, pinpointing moments when I could have made up that time.

In a race, it’s easy to get lost in the crowd. There are hundreds, sometimes thousands, of other runners, with lil’ ol’ you in the mix. Watching some (or many, even most) of them pass you during a race can make you downhearted. You might even feel downright mediocre.

I’m by nature a competitive person, so knowing I have limits gets me down. Sometimes, I don’t see what’s behind me, I only see the gazelles ahead of me. Sometimes, I have to remind myself how far I’ve come since the days of tippie-toed treadmilling and sprained ankles.

That’s why I came up with the expression Almost Kenyan. I know I can’t do what they can, but I can be my best. I can be almost them.

So, rather than my usual self-deprecating post, I’d like to share some reassuring statistics to prove that all runners are Almost Kenyan. They pick heavily on our American friends, but I’m sure they apply to other countries (except Kenya), too. Let’s assume they do.

7) Only elite athletes can finish a 10KM race in 30 minutes or less.

8) Only 37% of male runners, and 15% of female runners can complete a half marathon in under 2 hours.

And, last but not least:

I’ll be honest, the numbers are from Google, so I’m sure a few are guesstimates. But I believe they aren’t far from the truth. 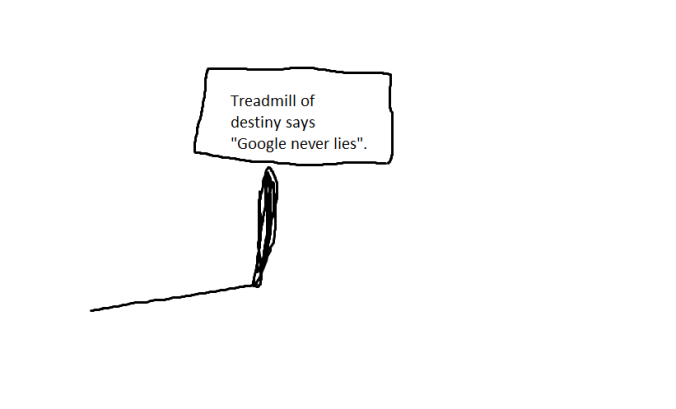 So what’s my point?

My point is, if you ever find yourself feeling the way I felt after that 10KM race, remember these stats, and remind yourself of these conclusions:

1) If you can even run 1 mile, you’re already ahead of nearly everyone you know.

3) If you can run a sub-2 hour half marathon, you’re an elite runner. No, really, you are.

4) If you’ve completed a half or a full marathon, you’ve done something not even a full percentage point of people can say they’ve done.

5) If you qualify for Boston, you deserve a standing ovation.

We’ve all got goals, and we’ve all got limits. There will be bad days, and sometimes, the gazelles will beat you. But don’t let it get you down. Celebrate mediocrity, folks, and salute those who pass you. And remember that, statistically, you’re Almost Kenyan.

10 thoughts on “Almost Kenyan: A celebration of mediocrity”

The Best Of Fleck and some Honorary Mentions